Get fresh music recommendations delivered to your inbox every Friday.
We've updated our Terms of Use. You can review the changes here.

from Singles Project by The Mines 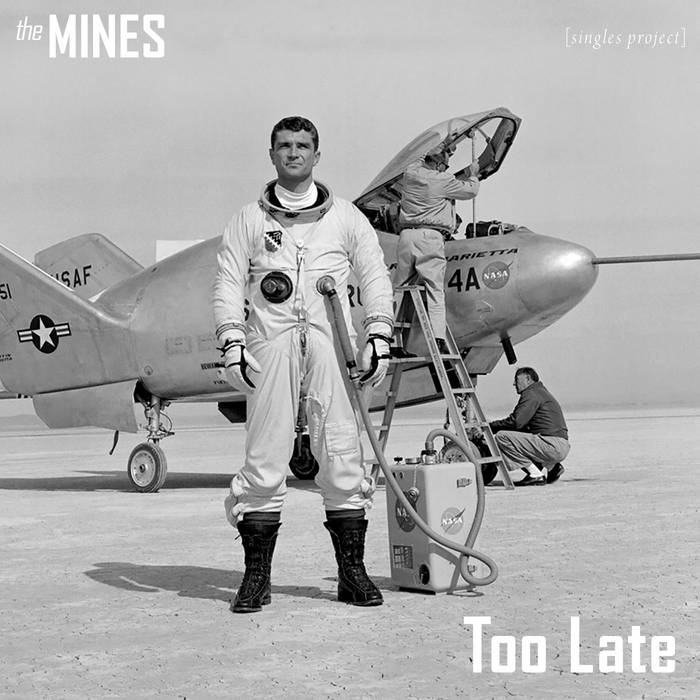 Too Late pulses with urgency and defiance. A young man holding on to hope finds his relationship is on the rocks. Too Late's stylistic roots come from Foo Fighters, Kings of Leon, Counting Crows and Tom Petty & the Heartbreakers.

Who will calm your shaky heart?
Pull you away before it all comes crashing?
People drift apart.
But the silence says this is not passing.

Bitter water, poisoned well.
Hasn’t been easy to align our orbits.
And though it seems all’s gone to hell.
A disaster as the days are forfeit.

Stop walking off, and shutting down,
You’re digging in; just drop your weapon now.
I’m not walking off, just breaking in,
I’m not afraid of your stormy weather.

Who will calm your shaky heart

Too Late is the 4th song released for The Mines Singles Project.